As of today, that's the number of years I've been alive. And today I feel very alive indeed!

I'll be honest, I was expecting this birthday to be rather anti-climatic.
However, my whole day (plus birthday eve) has been

So in a state of unabashed birthday excitement, I share with you a few random facts about the number twenty four:

There are 24 hours in the day.

24 is the atomic number of chromium.

A shot clock is 24 seconds in the NBA and WNBA.

There are 24 letters in the aphabet! Ok ok. There are 26 (yes, I went to kindergarden) but if we got rid of the pesky X and Z there would be 24! I mean, no one really cares about these letters unless you are a scrabble-fiend or are named Xavier or Zephaniah. I actually met a Zephaniah once--he was in my engineering program in college and went by "Zeph". At the beginning of the year, he was explaining to a group of us that "Zeph" was short for "Zephaniah" ... a name from the bible. I promplty asked if he had an older brother named Habakkuk. Which I thought was very hilarious and witty of me. He didn't seem to think it was quiet that remarkable. Come to think of it, he didn't talk to me much after that... apparently books-of-the-bible-comedy is a hard sell.

X is the 24th letter in the alphabet. I guess it can stay :)

Jeff Gordon's car is No. 24 in the NASCAR Sprint Cup Series

Keifer Sutherland protected the world from terrorists one hour at a time in 24 (keeping us glued to the edge of our seats for several seasons).

"Sing a song of six-pence. A pocket full of rye. FOUR AND TWENTY blackbirds, baked into a pie."

24 is the largest integer that is evenly divisible by all natural numbers no larger than its square root.

I hope your day feels as special and sunshiney as mine does... even if you're not twenty four. My life is blessed and the last few years have provided many adventures. I expect this to be a golden* year in my journey and look forward to the prosperous, hope-filled plans God has for my future. 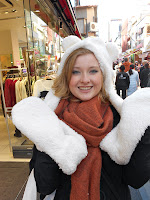 Posted by hugheskyblue at 12:45 PM