Like A Voter or How Not To Be Super Uncool

Thank you for so generously generalizing my choice to guard virginity and treasure purity with being "super uncool". How original of you. Infact, your newly endorsed and paid for advertisement featuring the opinion of the  independent and edgy Lena Dunham compares women "not ready" to have sex to women not voting: lack of sexual activity equals lack of political activity? Hmm. That's not offensive, right?

While I think the class and integrity required from a presidential candidate and a dad of two young girls is missing from your ad... I understand it was not meant for me. I'm not the demographic. And, heck, if you can grab a few votes from the undecided, college-hipsters by playing this tactic I guess it's worth it. But hear me because I AM a young female and an active voting citizen full of political fervor: your new ad is vulgar and borders on bullying (promising young adults the cool, uninhibited lifestyle if they vote Obama).

Are you really that arrogant that you would intimate a vote for you is as precious as a woman's virginity? Ick.

Yes, this advertisement is attention grabbing. Yes, Lena Dunham is a quirky writer/director/actress who certainly has a right to her opinions and to describe her voting experience as she sees fit. But YOU are the President of the United States of America for crying out loud! You funded and distributed this ad. You proclaim over and over again that you are for women and their choices. I'm not sure how feminist the world over can see the piece as anything other than an attempt to make women look promiscuous and sex-obsessed: needing a man to complete the journey into womanhood. Although, I also can't see how feminist the world over don't scream out in defense of the 3,332 children (some of whom I assume are females... wouldn't you?) that are aborted everyday in the US either. Sooo...

But your time is valuable as you are busy trying to keep your job;  let's get back to the ad.

I read that your party is comparing this recent move to Reagan's quote before he swept the 1980 election. Republican Ronald Reagan stated that, "I know what it's like to pull the Republican lever for the first time, because I used to be a democrat myself, and I can tell you it only hurts for a minute and then it feels just great."  Ok, maybe that's an innuendo. Maybe it's not. Maybe I'm too lame and puritanical and conservative to tell the difference. It's like once someone points something out you can't help but see it that way...  To be honest, his expression on partisan voting in this manner was inappropriate too. However, Reagan's comment leaves room for the audience to determine for themselves if he is insinuating something more. Dunham makes her intentions clear by informing us that she became a woman after voting for you. That it was an amazing experience; she even lists the requirements to being a good "first" as if all unrepressed women in our nation should agree with these guidelines.

Another thing: Could you please enlighten me on the Gallup polls showing young, American females respond positively to political marketing ploys thinly cloaked in sexual innuendo. Because there must be some rock, solid polls to back your approach. Who on earth in your campaign thought this was a good strategy? Are you going with the whole "sex sells" logic? Don't degrade yourself.

Props to Dunham on the success of her show, which I've never actually seen I'll admit. The promos initially looked interesting but upon closer examination they left me saddened for her character who doesn't seem to see her self-worth much less base it on anything besides romantic relationships. What else is new--those are the "strong" female role models the liberal media believe women need. Still, I haven't seen a whole episode so enlighten me on your opinion (who pays for cable at the White House anyway?). HBO can keep that sort of thing on HBO and let viewers decide what/when to watch. However in an advertisement? For a polictical campaign? For a president?!?!?  And Vladimir Putin is like, "Copy-Cat!" Ya, keep taking campaign cues from a Russian communist, Mr. President. I doubt anyone in this country will notice.

Phew! Now I'm done. And I think the above sounds crankier than I really am. I just wanted you to understand why your new ad is foolish and desperate . My biggest issue: equating innocence and sexual purity ("not ready") with a lame, agnostic political demeanor.  Again, you weren't trying to sway any conservatives here. Perhaps you won a few undecided votes and got some giggles from your fans. Thank you for making my vote 100X more confident. Sorry Mr. President,  I guess you'll just have to get used to hearing NO from this girl. 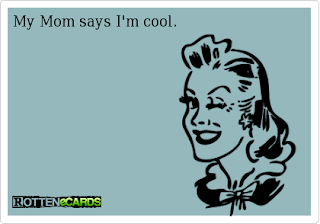 Posted by hugheskyblue at 1:33 AM